You are here: Home / Home

The screenshot below is a great left side versus right side example between the Google Search Appliance and a native content system.  In this case, Box.  I love using Box at MC+A but sometimes it’s difficult to find things without resorting to navigating through.  I made a simple demo to demonstrate an example of this change.

The demo is simple.  I was looking for some of our agreements from SVB.  I Search Box for “SVB Bank Depositor Agreement”

What you’ll notice is that:

This demo was achieved using MC+A‘s box content, a demo GSA and the MC+A Box Connector for Google Search Appliance.  It’s a must have combination for organizations attempting to collaborate across multiple content systems. 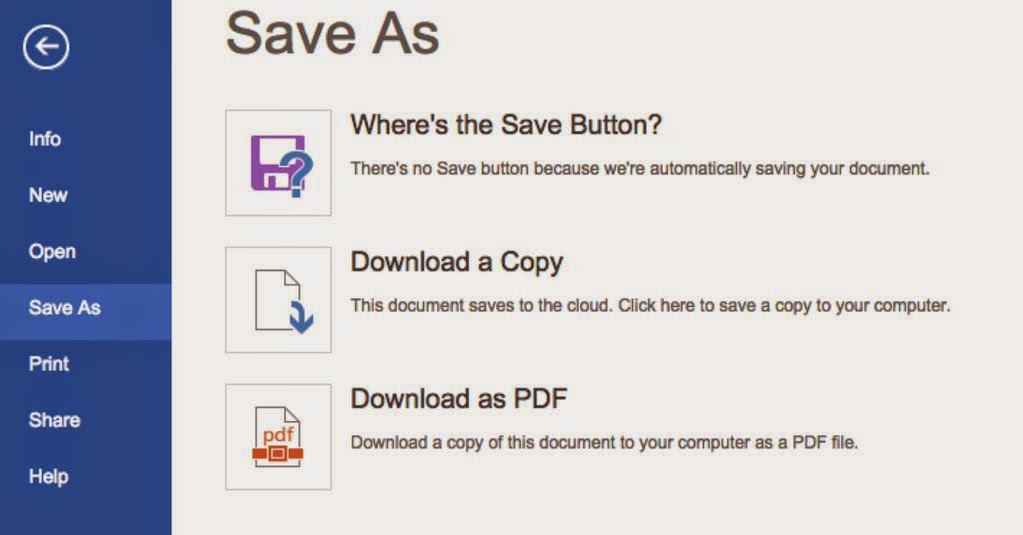 While working on the MC+A Office 365 Connector for Google Search Appliance, I noticed an interesting feature on the Office 365 Word app.  There’s no Save button.

Recently we integrated with a couple of IDPs (NetIq and ADFS) for the first time.  In both cases, we encountered an issue after completion of the initial metadata configuration.  (note: the GSA does not import or export SAML metadata files) Once the basic configuration was complete, we were getting a response back from the IDP saying that it was rejected.  In NetIq’s case, it responded with a SAML assertion with a rejection status.  In ADFS, the IDP was unable to complete the response.

In both cases, the IDP was not configured with the public key of the search appliance.

However, it’s important to note that the AuthNRequest is signed.  It’s up to the IDP to accept or reject that signature.  The Windows Integrated SAML Bridge and Okta for example do not check that signature.

How do I get the certificate?

If you use firefox and access the GSA via SSL you can export the public key and keychain.  Remember to export with keychain and in a format that your IDP likes.

Michael Cizmar (@michaelcizmar) started MC+A ten years ago — before Big Data was used in daily conversation, and before knowledge management became part of the business lexicon. We sat down with him to reflect on the past 10 years.

Why did you start MC+A?

“ I wanted to “flatten” the company structure so that the organizational distance between employee and management was less.”

I had worked in consulting most of my career. While finishing up my degree at Bradley University, I started working for some consulting companies. Between my first professional job and starting MC+A, the longest job I had was at the previous company I founded, Quadtra Group. I would describe it as a boutique IT consulting company focusing on portal deployment and enterprise search.

Most organizations have several layers of (often inefficient) management. I wanted to “flatten” the company structure so that the organizational distance between employee and management was less. Less middle managers, more empowered employees. I have always felt that many consulting companies don’t have a good value proposition for the actual IP creators of the firm. I wanted to create a relationship which best suited the clients needs and those who were doing the revenue generation work inside the company.

So, I had just finished with Quadtra Group and took a sabbatical to Brazil. While I was there I worked on the business plan and decided to relocate from San Francisco back to Chicago. Chicago was where I grew up and it has many advantages for a high tech company. It’s regionally central. It has a diverse economy, lots of good universities — and it’s affordable.

Where did you get the funding to start MC+A?

We have never received outside funding and have been steadily cash flow positive. That was a little more difficult during the great recession but we survived and are stronger because of it.. We’ve been approached several times about merging or being acquired. Those conversations don’t usually last very long. I want the net present value of my future dreams and they haven’t really understood what we do well enough to really benefit from what we would bring. That’s a terrible mix.

Do you have a favorite story from working at MC+A?

A real high point for me over the past ten years was I think our initial entry into the Google Enterprise Program. A product manager contacted me while I was on a trip to Brazil. I thought initially that it was a college friend pulling a prank. Turns out it wasn’t! We became the first Google Enterprise Partner and they have been our best partner since.

What accomplishment are you most proud of?

Besides surviving the recession? I’m most proud of turning MC+A from an idea to a successful global enterprise. We have customers all over the world whose names you would recognize immediately.

What is the biggest change you have seen over the past ten years?

It has to be the consumerization of IT. Ten years ago it would take weeks to get clients to provision a laptop or desktop for consultants to use. Big data was expensive. Virtualization (VM) was just coming on to the scene. Now with Google or Amazon cloud you can use a credit card and spin up a virtual environment for pennies an hour that just a few years ago would have cost thousands of dollars. Vagrant is a new (relatively) technology that allows you to create a complete development environment on a laptop with a couple of terminal commands.

But also, customers have changed. The business is demanding more from their own internal IT groups and of outside vendors like us. Connection to talent is not as valuable as before since there are so many staffing firms. Consulting companies like ours have really had to changed, becoming more “vertical solutions” companies.

What are your plans for the next ten years?

We are growing at a fantastic rate at the moment and I’d like to see that continue. In 10 years, I hope to change the way the people think about how they are leverage their information. We’ll continue to increase the size of the team at our office in Silicon Valley. We’ve continued to add to the team in Brazil and of course Chicago as well. We are excited about the future, for our company and for our clients.